Ofgem announced on Friday their final decision for the Targeting Charging Review (TCR).

The review has been conducted by the regulator over the last 2 years in an effort to reform the residual charge element for distribution and transmission charges, which includes all costs necessary to keep the networks running to be fairer and more proportional.

Ofgem believes that as usage habits have changed, the current methodology used to charge consumers is no longer fair and that users reducing costs by avoiding TRIADs are not contributing a fair amount of the network upkeep costs. These costs are currently being unfairly born by those who don’t have the ability to turn down.

From April 2021 the current TRIAD system will be replaced by a new fixed charge. The charges will be nationwide and divided into voltage level at the point of connection and further divided into bands based on the agreed capacity for larger users and consumption banding for smaller users.

From April 2022 this will be joined by another fixed charge as part of the distribution charges that will again be based on voltage in a set of fixed charging bands set for each distribution area.

Users who are currently managing their demand during TRIAD periods are almost certainly set to see increases, other users that have high constant usage or are unable to move their consumption times should see a reduction in their costs.

Exact costs should be known next year, LG Energy has been following and monitoring the TCR from the beginning and has developed a new product to help keep customers informed. For more information on how the changes could affect you and what can be done about it please email info@lgegroup.com 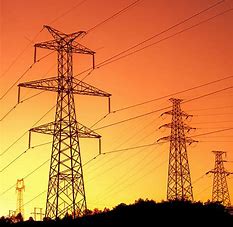 Hydrogen finds its moment in the spotlight

Balancing Use of System Costs